Two quotes from the recent newsletter of DBytes, a Newletter of the Environmental Decisions Group, seem to highlight a manifestation of Dr. Robert Sapolsky’s claim that the one trait that best defines and distinguishes us humans from other species is the ability to hold two contradictory ideas in our head, and yet continue on in the face of it:

“Many species are slipping away before we can even describe them. This IUCN Red List update shows that the scale of the global extinction crisis may be even greater than we thought.”   – Inger Andersen, Director General, IUCN press release

meanwhile, back in Australia…

“By 2019 Federal Environment Department spending will have declined by 38 per cent on 2013 levels while total government spending will have increased by 21.7 per cent. National spending on biodiversity has fallen to the lowest levels in more than a decade – with conservation getting just 5 cents in every 100 dollars spent by the government.”
– Matthew Rose, ACF press release

In the meantime, this recent flier from the Australian Greenspace Alliance reminds us that sustaining the natural environment is not just a ‘giving thing’: it helps to provide us with the things that make us well and happy: 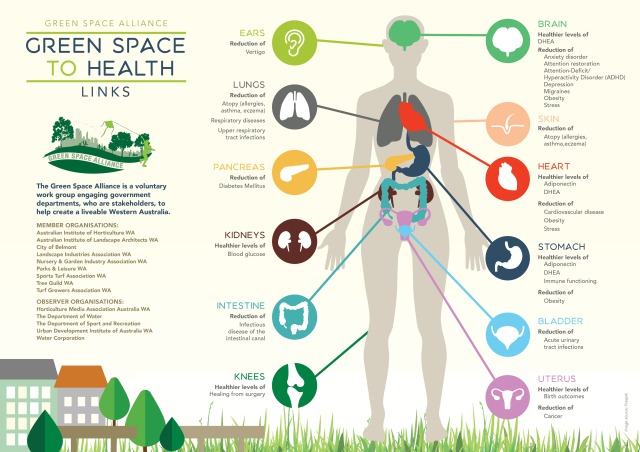 This entry was posted in blog. Bookmark the permalink.